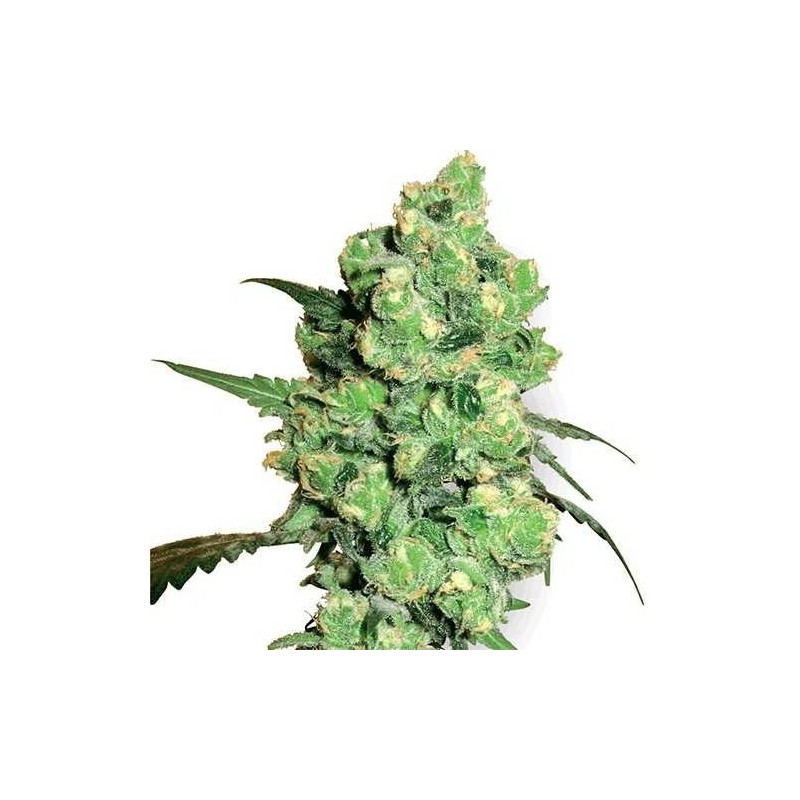 The two most important features of Snow Ryder Automatic are her ability of autoflowering and sparkling, resin crystals that cover her mature buds as a blanket of snow. Autoflowering cannabis begins blooming according to the age of the plant, rather than the light cycle and this tendency gives Snow Ryder growing advantages both indoors and out.

Snow Ryder autoflowering seeds produce plants which normally begin flowering around the time they has produced their 6th to 9th set of true leaves (typically 6-8 weeks in good growing conditions). The final height of a plant is more or less predetermined, with most plants finishing around 90 - 120 cm.

If we choose to grow outside, the Snow ryders seeds can be started at early Spring to have her flowering in June or July and finished in September.

The plants are sturdy and internodal gaps remain short in good conditions. Buds are Indica-tight, frosted with sticky resin and have a sweet spicy, earthy citrus flavour.

Are you sure that you want to report this comment?

Your report has been submitted and will be considered by a moderator.

error Your report cannot be sent

Your comment has been submitted and will be available once approved by a moderator.

error Your review cannot be sent

13 other products in the same category: